Sponsor of the 10th stage Pescara-Jesi 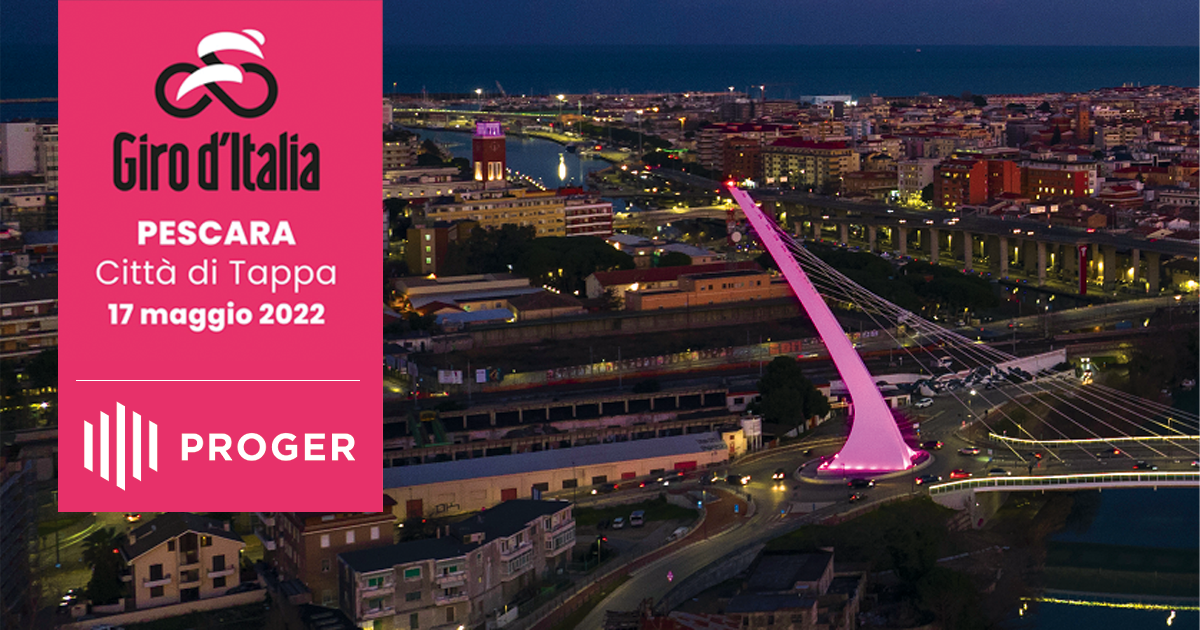 Proger is involved in the 105th edition of the Giro d’Italia as sponsor of the Pescara-Jesi stage. The company, which has always been close to the needs and initiatives of the territories in which it is based, has given its support to the city of Pescara for the stage in which it is the protagonist. For the occasion, the municipality organised a big celebration, colouring the city pink and involving the population with initiatives, events and concerts.

“A prestigious event such as the Giro d’Italia embodies many of Proger’s values, such as tradition, excellence and internationality,” comments CEO Umberto Sgambati, who continues, “Today, the world’s strongest cyclists challenge each other starting from Piazza della Rinascita, home of our company’s registered office, where our journey began many years ago. A path that has led us to compete on international stages, facing uphill climbs, adverse conditions, and some occasional fall, but always ready to ride at the front of the group or to launch ourselves into a solo breakaway on unbeaten tracks, achieving many important results“.

Proger at the Saudi-Italian Investment Forum
Proger participated in the Saudi-Italian Investment Forum, an event organized in Riyadh by MISA, the Ministry of [...]
Proger key player at the All-Energy Expo & Conference 2022 in Glasgow
Proger attended the All-Energy Expo & Conference in Glasgow, one of the largest European events dedicated to [...]
Riyadh Art on Il Sole 24 Ore
On the occasion of the Tuwaiq International Sculpture Symposium in Riyadh Il Sole 24 Ore has dedicated [...]