Hydrogen production, storage and utilisation plant for electricity generation on the island of Stromboli

Ginostra is a small village, located in a natural amphitheatre in the south-western part of the island of Stromboli. Until 28 February 2004 there were no public electricity generators or running water in the village. Electricity is now provided by a few diesel-powered generators, but there is still no public lighting. The planned photovoltaic system was sized to meet the demands of the summer season, when consumption and population on the island are at their highest. Such a choice means that for a long period of the year, more or less coinciding with spring, there is a large surplus of unused electricity. Proger has therefore designed a plant for Enel that can produce hydrogen from excess solar energy during these periods, store it in high-pressure tanks and use it to generate electricity during the periods of the year when renewable energy production is unable to meet demand: the summer peak and the winter period.

An electrochemical generator is used to generate hydrogen, splitting water into hydrogen and oxygen and producing around 5 Nm3/h of pure hydrogen. The oxygen is released into the atmosphere, while the hydrogen, produced at low pressure, is sent to a compression system capable of raising it to 250 bar and sending it to the storage system, which can store 100 kg of hydrogen, equivalent to about 3400 MWh. During the period when photovoltaic production is unable to meet demand, the stored hydrogen is sent to a fuel cell to produce the required electricity.

Back to Energy Transition 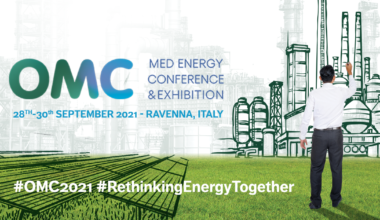 Proger at OMC-MED Ravenna
Sustainable energy, the ecological and energy transition and technological innovation are the topics on [...] 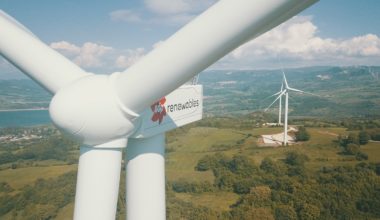