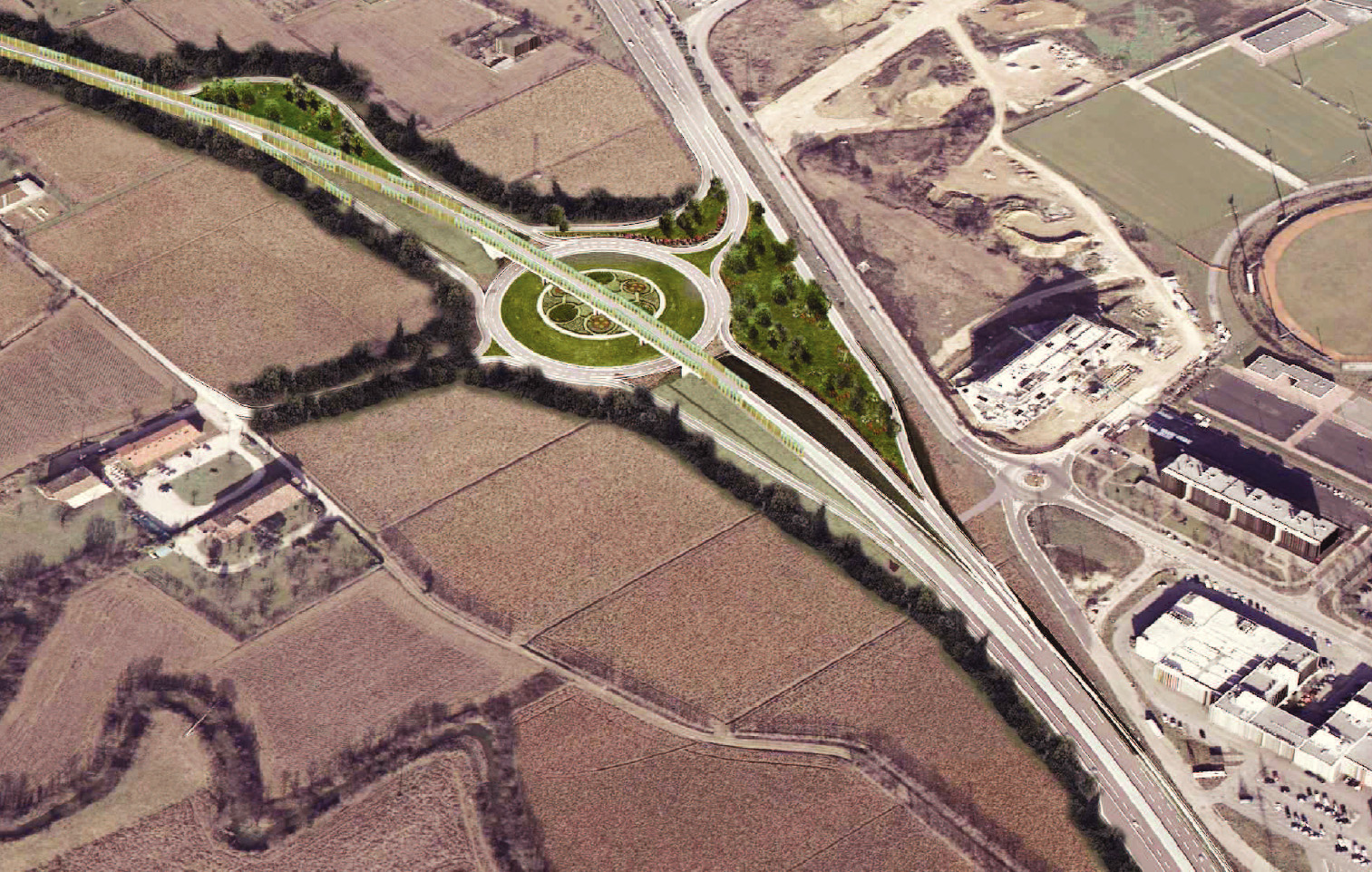 Vicenza, Italy – Proger, with the Consorzio Cooperative Costruzioni – CCC Società Cooperativa and Consorzio Stabile Infrastrutture, was entrusted with the tender called for by Anas for the detailed design and execution of the completion works of the first phase of the first section of the Vicenza Ring Road.

The work starts from the Western Ring Road of the city and involves the municipalities of Vicenza and Costabissarra. The section, that presents two intersections with the state highway 46, extends for about 5,300 m.

With reference to the final project as in tender specifications, a number of technical improvements have been examined, such as the optimization of soundproof barriers on the viaduct of the Viale del Sole junction, the establishment of some rest areas long the service routes that will create a real tourist path with information panels for cyclists and pedestrians and particular environmental mitigations that foresee the introduction of special arrangements for the roundabouts and the viaduct, in order to enhance the historical and cultural promotion of the territory.

New Framework Agreements with Anas
Proger has recently acquired two new framework contracts with Anas: DG 190 and DG 181. The most [...]
Proger at work on the upgrade project of the Taranto Naval Base
Proger has started the activities concerning the adaptation and modernisation project of the logistic support capacities of [...]
Doubling works of the high-capacity railway line Messina – Catania: Proger is also awarded Lot 1
Proger, with Rocksoil and Pini Swiss Engineers, is part of the group of designers indicated by the [...]